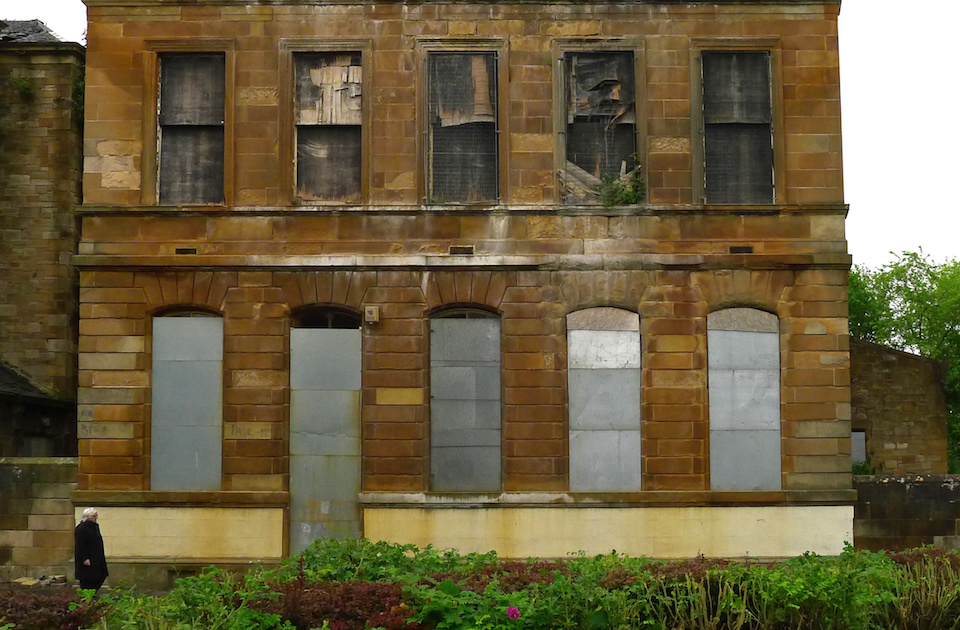 The listing ensures that councils can have better control over the maintenance of the buildings and ensure that any conversion or building work associated with them will not affect the core qualities of architecture and placemaking that led to the listing in the first place. In addition to planning application, listed building consent is also required.

The listing itself does not mean that grant aid will be forthcoming. Indeed only a very small percentage of listed buildings in Scotland actually receive any grant aid. To some degree, this is because of the limited funds that Historic Environment Scotland has to distribute, but in many cases, developers and owners try to avoid working on listed buildings because the additional costs incurred to conserve buildings to the standards required for a listed building is not balanced by the additional grant they receive.

Instead, many buildings are simply left to rot until they are in a state of decay that makes them so dangerous, so damaged, that they have to be demolished – thus presenting a clear site for any developer.

The loss is a loss of history – of landmarks and of quality that is so often lacking in new developments. The greatest loss of our heritage is in the poorer areas of our towns and cities. If the conversion of a listed building to provide modernised housing is expensive, it will only work if the resale value exceeds the cost of modernisation. This can work in popular areas of Glasgow and Edinburgh where the demand, and therefore the cost of housing is high. But in poorer areas, the figures rarely stack up because of the value of housing in that area.

There are three listed buildings in Green Street, all of them schools.  All boarded up and left to rot. They are managed by City Property, an arms length private company which took over redundant buildings and sites owned by Glasgow City Council.

It does not take long for such buildings to decay to a point where restoration or re-use is difficult (although not impossible). Sealing up a building rarely works. Had there been a plan to try to protect them, they would have survived longer. One option is to let out to guardians to live in on temporary leases. Having people in a building prevents lead being stolen from roofs and alerts people to any water ingress and keeps some heat in the building.

We looked at options to develop all of the listed buildings and found that it was certainly possible to do. However, even with grant aid from Historic Scotland, the resulting costs could not be managed by a housing association. Had they been able to sell the flats at a price that would cover the costs, or received additional grant for keeping the building, they might have considered it. Of course other factors had to be considered, not least the desire for new family houses rather than flats.

Futhermore, City Property insists that future developers provide a fixed cost for any future development of any site or building. This is nearly impossible when you are trying to restore an existing building, as it takes a lot of investigation and design work to accurately forecast what a conversion of a listed building will cost, whereas pricing the demolition and a new building on the site is relatively straightforward. Thus conversion projects are not encouraged.

The same process is happening at many locations in the east end of Glasgow and in other Scottish towns and cities. When we restore a listed building, we help to save an example of the quality of thought and execution that went into it, its a sign that we care about that place and the people who live there.

We looked at where all the A-listed buildings were in Glasgow and there is a clear correlation that they lie in the better off areas of the city, as these areas will attract a higher per unit sales value because of their location – nothing to do with the quality of the architecture. Poorer areas tend to lose out when it comes to attracting grant funds for the restoration of listed buildings, yet such buildings if restored, would have a considerable impact in regenerating areas that have long been in decline.