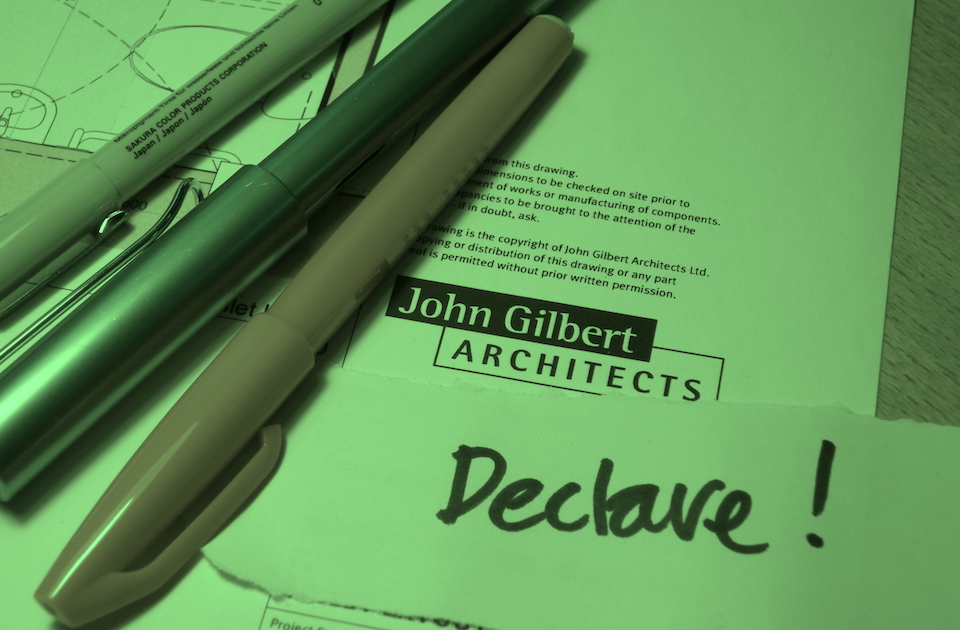 Posted at 08:00h in #JGADeclare, News by admin
Share

This week I attended the ‘Tenements Today, Tenements Tomorrow’ conference at The Lighthouse, organised by Scottish Civic Trust, Built Environment Forum Scotland and Under One Roof to highlight the growing crisis in tenement maintenance and the work of the Scottish Parliament Working Group on Tenement Maintenance.

For context, there are approximately 895,000 tenement flats in Scotland, representing 37% of our total housing stock. Tenements are legally considered to be “two or more related but separate flats divided horizontally” and as such this includes not just the prototypical typical sandstone tenement, but also tower blocks, 4-in-a-block properties and houses converted into flats.

These are a vital and significant portion of our housing stock, but they are not in good condition – looking specifically at pre-1919 properties (the Scottish Housing Condition Survey doesn’t break this section down into building type) 68% of homes in Scotland in this age bracket are in a state of critical disrepair, 36% have critical and urgent disrepair, and 5% critical, urgent and extensive disrepair. Just critical disrepair is considered to be something which impacts the weather-tightness or structural integrity of the property.

And whilst the generalised statistics show that the overall number of properties in critical disrepair has decreased by 5% over the last 10 years, closer interrogation of this highlights a marked improvement in homes owned and managed by housing associations and local authorities, largely due to the introduction of the Scottish Housing Quality Standards and Energy Efficient Standard for Social Housing applicable only to these tenure types.

So what is being done to attempt to address this crisis? This year the Scottish Parliamentary Working Group on Tenement Maintenance published their report and recommendations, which were thinned out from their earlier wider scope to focus on 3 key policies: mandatory 5-yearly condition surveys, mandatory owners associations which should meet at least once a year, and mandatory sinking funds for properties to build up a reserve to allow repairs to be carried out in future. All of which are aimed at getting owners more organised, equipped and informed to be able to manage their buildings. These recommendations achieved that rare thing in politics, the unanimous support of all parties.

Sadly, despite this, Kevin Stewart the Scottish Housing Minister seemed to indicate in his introduction to yesterday’s conference that he was sceptical about whether these policies could be fully realised, and noted that any legislative change shouldn’t be expected until 2029. Further to this the interim solutions he suggested were pretty uninspiring; voluntary condition surveys (business as usual), voluntary owners associations (business as usual), and expanding equity release schemes (which don’t support those in areas with low property values, those who have recently bought a property or those who are considered too old to borrow against their property). As another speaker more succinctly recapped the Minister’s contribution later in the day: “he just took a long time to say no.”

Unfortunately the Minister’s views couldn’t be interrogated by the august group in attendance at the conference as business in Edinburgh meant he had to leave immediately after he’d finished speaking without time for questions. A formal response is awaited from the Minister to the recommendations of the working group, but I think it is fair to say that the attendees left in the wake of his introduction had their expectations for any substantive action somewhat tempered.

So how does this become a climate change issue? Most fundamental is one of the key statistics the Minister presented: 80% of our current housing stock still needs to be in use in 2050. Maintaining and making the most of the embodied energy already invested in these properties is key to addressing the housing crisis as well as limiting the energy and materials expended in the construction of new properties. Particularly as tenements were shown to have the best average EPCs and lowest carbon emissions of any housing type in Scotland, despite the typical improvements undertaken not extending far beyond loft insulation and the installation of gas boilers.

But beyond this, 57% of housing in Scotland is an EPC D or worse (again with socially rented properties outperforming those in the private sector) if we can’t find an effective way of facilitating owners working together to carry out basic maintenance, how can we expect necessary energy efficiency works to be undertaken?

Scottish policy applies different standards and targets to properties dependant on their tenure, and because of this we have seen housing association properties become better maintained and more energy efficient whilst the private sector has stagnated or worsened. And this is a trend set to continue as socially rented properties have to try and achieve an EPC B rating by 2032, and decarbonised heat by 2040. Private rented properties have to achieve EPC D by 2025 and where feasible C by 2030. Whilst for owner / occupiers, who account for 61% of housing, there are no mandated targets.

Scottish Government in their ‘Protecting Scotland’s Future’ document champion an “equitable” approach to sharing the impacts and benefits of addressing the climate emergency, yet in existing housing this doesn’t exist. This can be most clearly seen in the fuel poverty statistics set out in the SHCS, where despite the total number of properties in fuel poverty remaining relatively stable the percentage attributed to local authority properties dropped from 36% to 28%, meanwhile in the private rented sector there was a 5% rise in households in fuel poverty. Nearly three-quarters of the homes in Scotland in fuel poverty are now in private hands – 57% owner occupier and 16% private rent.

In order to address the climate emergency and the housing / maintenance crisis in Scotland, I believe Scottish Government have to step up and confront their fear around compelling owners to act when it is in the community or wider good. And whilst I understand that there are complex human right arguments around the ability to enact this type of legislative change, but as Dr Frankie McCarthy eloquently presented at the conference there is a clear logic that can be presented wherein your right to the peaceful enjoyment of property could be impinged upon when the choices you make detrimentally impact the lives and property of others. A survey carried out by Under One Roof showed owners to be overwhelmingly in favour of implementing the recommendations of the working group.

So what are JGA doing? Whilst we are awaiting legislative change JGA are trying to make it easier for owners to undertake condition surveys by providing a fixed price service that meets the recommendations of the working group. We are monitoring and testing existing properties to understand their building physics and performance to better specify retrofit projects. We are partnering with housing associations and local authorities to undertake pilot projects which explore techniques for dealing with these hard-to-treat properties. We are training our staff in accordance with PAS2035 so that we can deliver energy efficient retrofit projects which in most cases are required to be overseen by appropriately certified conservation accredited architects. We have signed up to the Climate Heritage Network to allow us to share the knowledge we develop with others. And we will continue to help Under One Roof campaign for the adoption of the working group’s proposals, alongside other vital policies such as the reduction of VAT on refurbishment and retrofit projects.

Climate change and our shared cultural heritage are inextricably linked, but these are often treated as two separate issues – as a practice JGA believes it is vital that moving forward these two are always considered together.